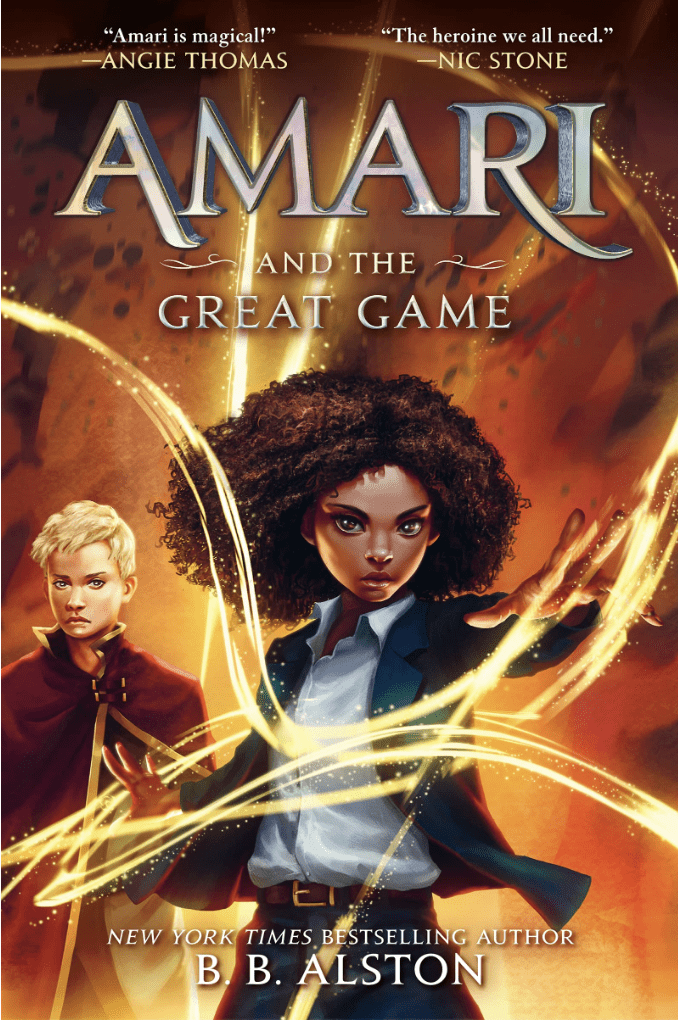 Amari and the Great Game (Supernatural Investigations, 2)I B.B. Alston

Sequel to the New York Times bestseller Amari and the Night Brothers!

Artemis Fowl meets Men in Black in this magical second book in the New York Times and Indie bestselling Supernatural Investigations trilogy—perfect for fans of Tristan Strong Punches a Hole in the Sky, the Percy Jackson series, and Nevermoor.

After finding her brother and saving the entire supernatural world, Amari Peters is convinced her first full summer as a Junior Agent will be a breeze.

But between the fearsome new Head Minister’s strict anti-magician agenda, fierce Junior Agent rivalries, and her brother Quinton’s curse steadily worsening, Amari’s plate is full. So when the secretive League of Magicians offers her a chance to stand up for magiciankind as its new leader, she declines. She’s got enough to worry about!

But her refusal allows someone else to step forward, a magician with dangerous plans for the League. This challenge sparks the start of the Great Game, a competition to decide who will become the Night Brothers’ successor and determine the future of magiciankind.

The Great Game is both mysterious and deadly, but among the winner’s magical rewards is Quinton’s last hope—so how can Amari refuse?