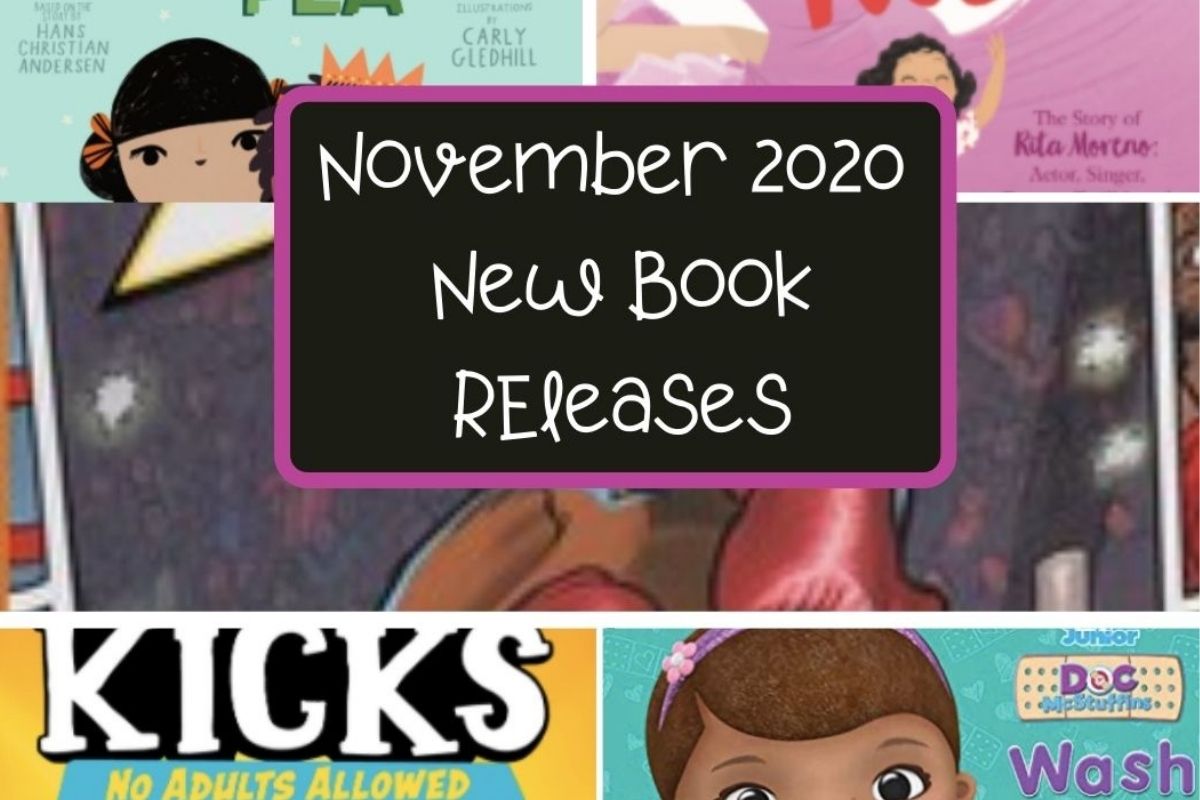 With our election season, over (sorta, kinda?) and the holidays quickly approaching, what better time to add new books into our libraries. We’ve compiled a list of some November hot releases. 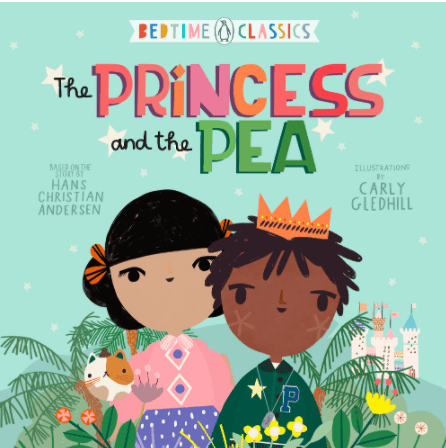 The Princess and the Pea illustrated by Carly Gledhill (Ages 0-3) Release date: November 3rd
A King and Queen invite all the princesses in the land to their palace to find a proper suitor for their son, the prince. But when an unconventional princess stumbles through the castle gates, she’s put to the ultimate test. By setting a pea under a large stack of mattresses, the royal family will discover if the girl is “princess material” once and for all. 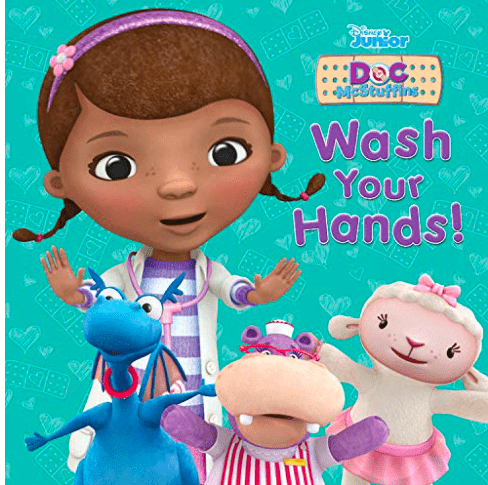 Doc McStuffins: Wash Your Hands by Steve Behling (Ages 3-5) Release date: November 24th
You don’t want to pass germs to your friends!  Everybody wash your hands!

Doc, Stuffy, Lambie, and the rest of the backyard clinic are here to make washing your hands fun! Based on the popular “Wash Your Hands” music video, this book helps kids understand the importance of keeping hands clean in a charming, approachable way-perfect for preschoolers. 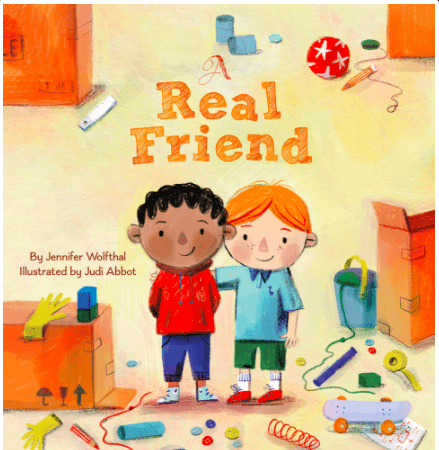 Benny and Max are best friends. They often play together, until Max annoys Benny and the two friends get into a fight. Then, Benny decides to build a new best friend… 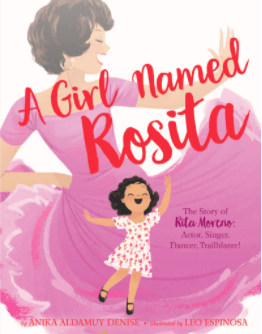 When young Rosita moved from Puerto Rico to the mainland United States, she didn’t know what to expect–but she knew she loved to sing and dance. Working to overcome the language barrier and bullying she experienced in a strange new country, Rita eventually made her way to Hollywood with a dream to be a star. There, she fought to be seen and heard and eventually reached the pinnacle of success, landing her iconic role in West Side Story and, finally, winning her groundbreaking Oscar. 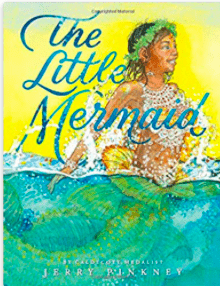 Melody, the littlest sea princess, is not content just to sing in the choir of mermaids like her sisters. She is an explorer who wonders about what lies above the water’s surface . . . especially the young girl she has spied from a distance. To meet her requires a terrible sacrifice: she trades her beautiful voice for a potion that gives her legs so that she may live on land instead. It seems like a dream come true at first. But when trouble stirs beneath the ocean, Melody faces another impossible choice — stay with her friend or reclaim her true identity and save her family. 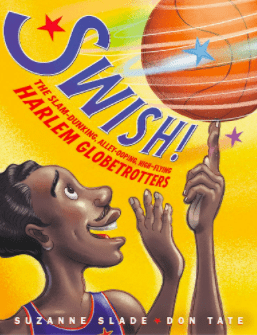 In this book, you will find The Harlem Globetrotters, who played the most groundbreaking, breathtaking ball the world had ever seen. With rhythmic writing and dynamic illustrations, Swish! is a celebration of the greatness, goodness, and grit of this remarkable team. 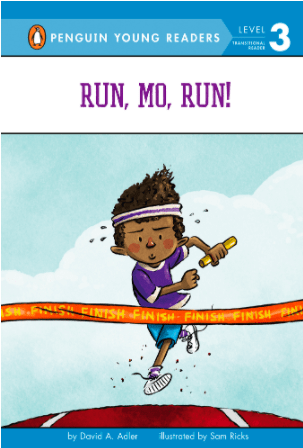 Run Mo Run!by David Adler (Ages 6-7) Release date: November 3rd
Mo and his classmates from 2B will compete against the students from class 2M in a track-and-field meet, and the winning team will get a surprise dessert! Mo, Jenna, and Dov will compete in the day’s final event–the relay race–, but first, Mo has to pass the baton without dropping it. He practices at lunch and during class, but the baton keeps slipping out of his hand. When the score is tied, and the pressure is on, will Mo be able to win for his team?

However, getting all three of the things on her list is a lot trickier than she thought it would be. Between classmates making fun of her seaweed snacks and celebrating the Lunar New Year without her mom, Mindy is faced with more challenges than she bargained for. With the help of her family and friends, can Mindy find the courage to make her goals a reality? Find out in the first four books of the series! 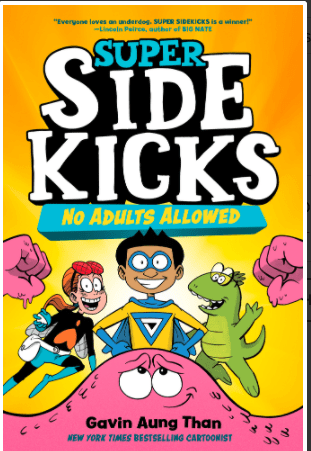 Superheroes have it soooo easy. They don’t have to clean their secret headquarters, wash alien bloodstains out of their costumes, or walk Super Mutt. NO! They leave that for their sidekicks, while they get all the credit.

Well, Junior Justice, aka J.J., has had ENOUGH! He thinks it’s time the sidekicks made a team of their own. Dinomite and Flygirl are ready to join the team, but first, they have to prove to the adult superheroes that they’re more than just sidekicks. And once the evil Dr. Enok discovers his favorite pet Goo has left him, the world might need saving sooner rather than later. . . . 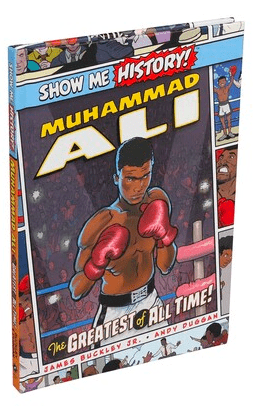 Muhamad Ali: Greatest of All Time! by James Buckley, Andy Dugan (Ages 8-12) Release date: November 10th
This book introduces young readers to a sporting icon who was larger than life. Considered to be one of the greatest boxers in history, Muhammad Ali went from a rough childhood in Kentucky to an Olympic gold medalist and world heavyweight boxing champion. Known for his outlandish verbal sparring with opponents, Ali was also a civil rights activist, humanitarian, and philanthropist, who spent much of his post-boxing career helping others despite being affected by Parkinson’s disease. 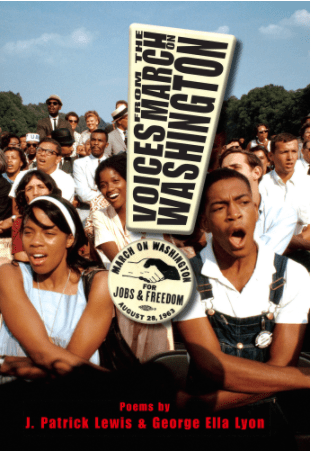 
From the woman singing through a terrifying bus ride to DC to the teenager who came partly because his father told him, Don’t you dare go to that march, to the young child riding above the crowd on her father’s shoulders, each voice brings a unique perspective to this tale. As the characters tell their personal stories of this historic day, their chorus plunges readers into the experience of being at the march–walking shoulder-to-shoulder with strangers, hearing Martin Luther King Jr.’s famous speech, heading home inspired. 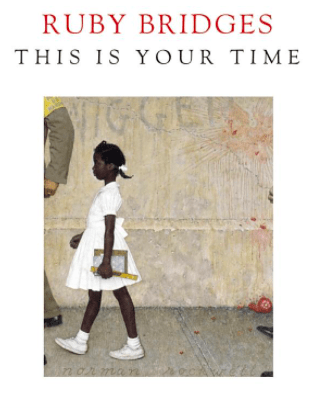 This Is Your Time by Ruby Bridges (Ages 10-12) Release date: November 10th

Written as a letter from civil rights activist and icon Ruby Bridges to the reader, This Is Your Time is both a recounting of Ruby’s experience as a child who had no choice but to be escorted to class by federal marshals when she was chosen as one of the first black students to integrate New Orleans’ all-white public school system and an appeal to generations to come to effect change.

Do you spy any books you want to add to your list?  Drop a comment below with a book that you’re excited about.
You can find these and other books in our Bookshop store collections.  We are constantly updating our lists.  Don’t see what you’re looking for?  Let us know.
Share This

As we find new ways to fill our summer days, basking in the sun with…

Summer is underway, and you may be wondering what books will keep kids engaged over…